Remainly is a proven concept! 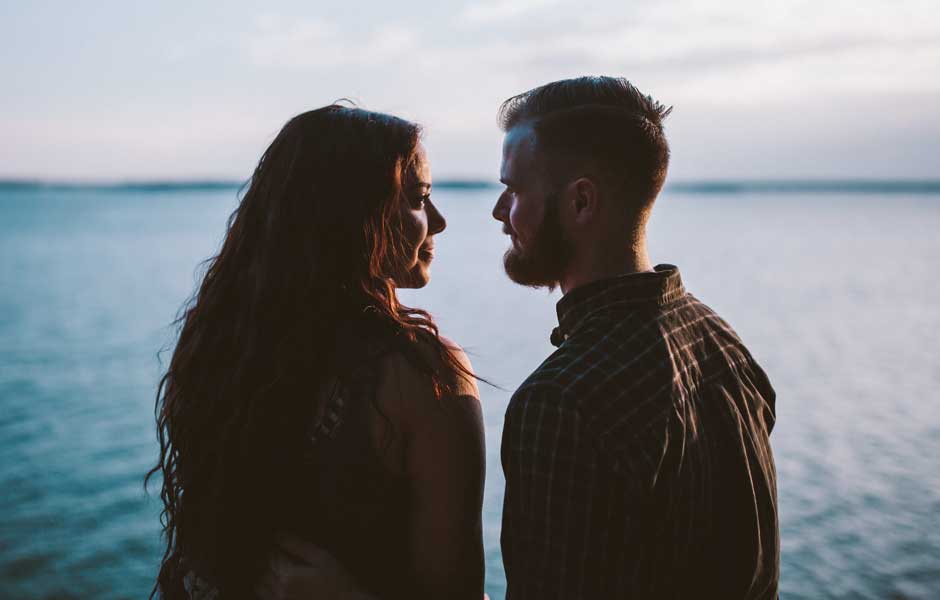 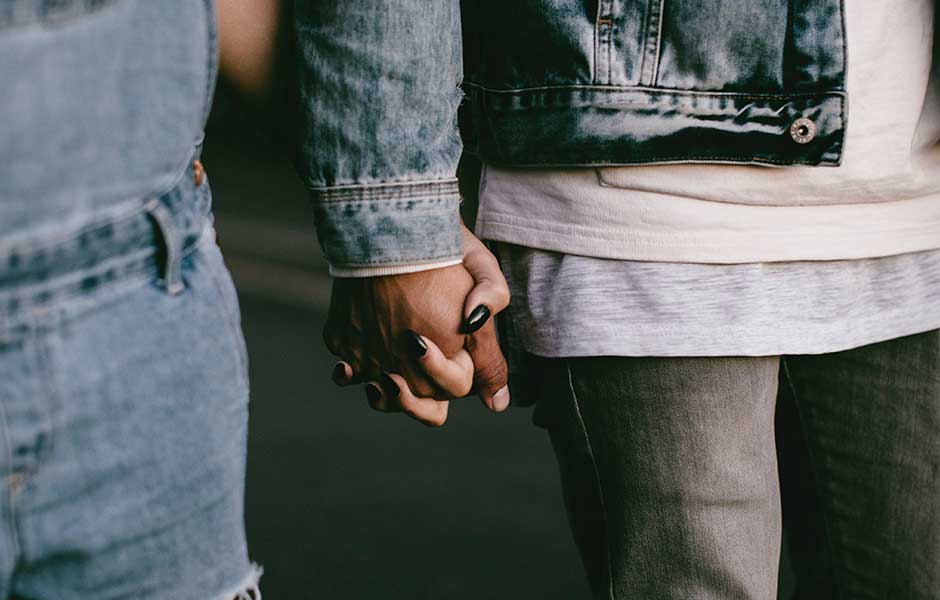 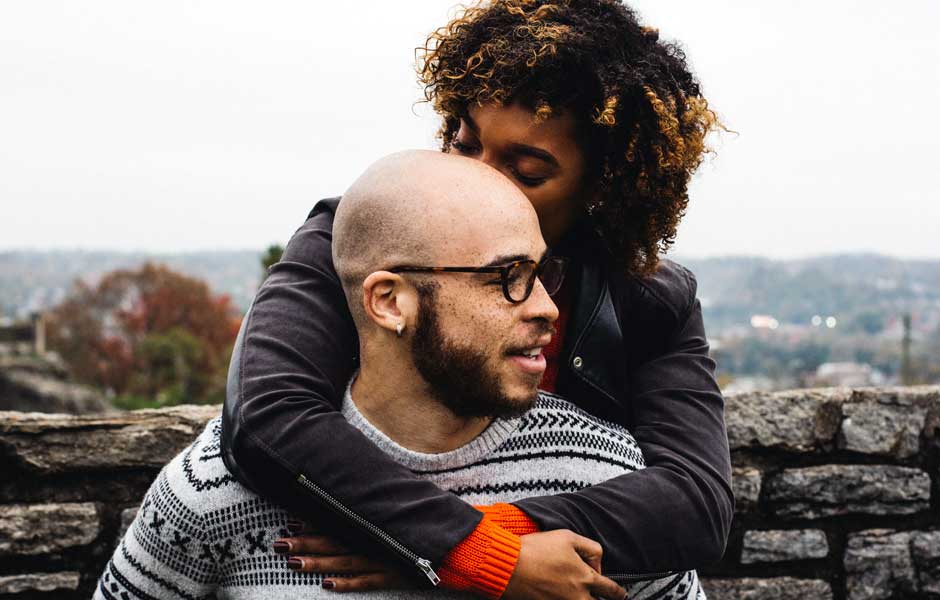 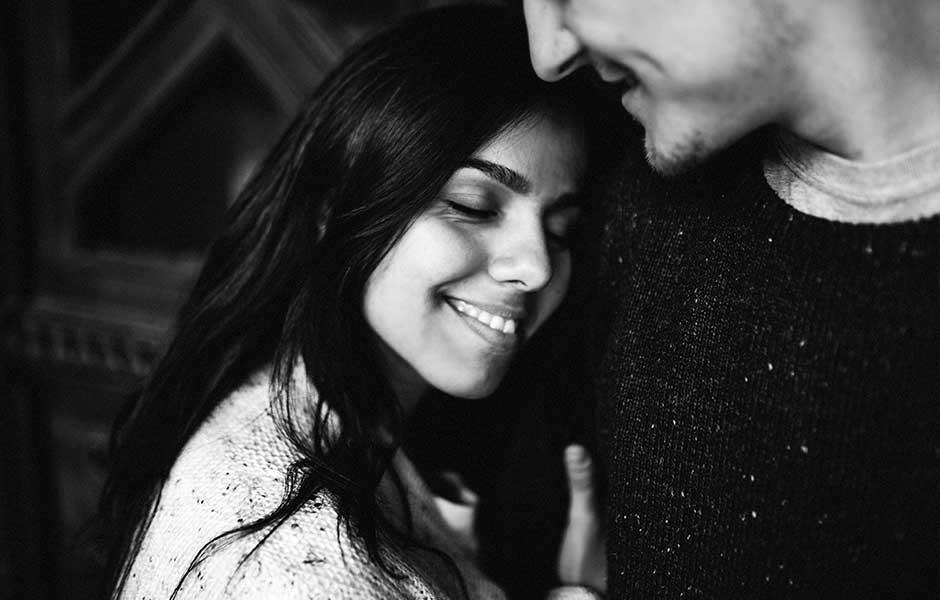 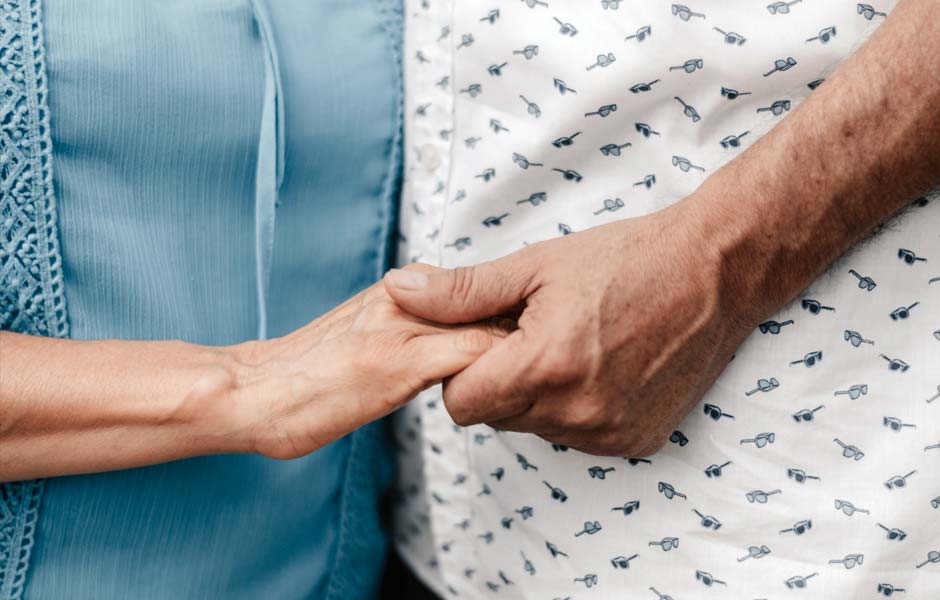 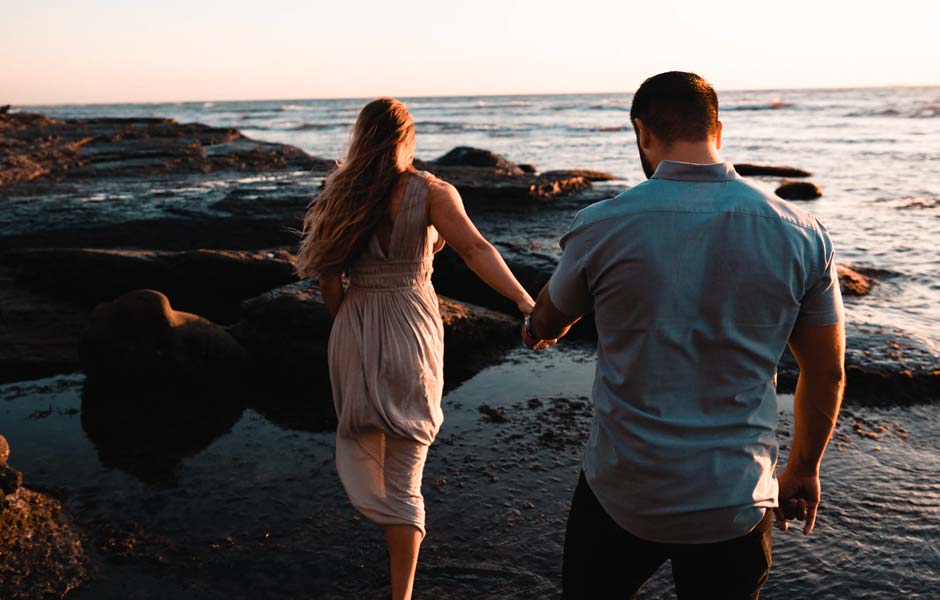 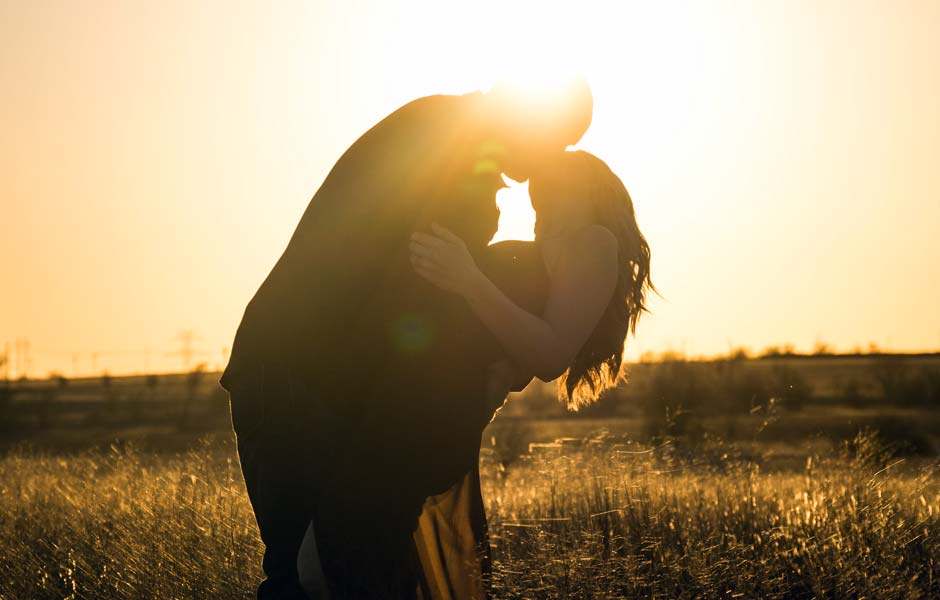 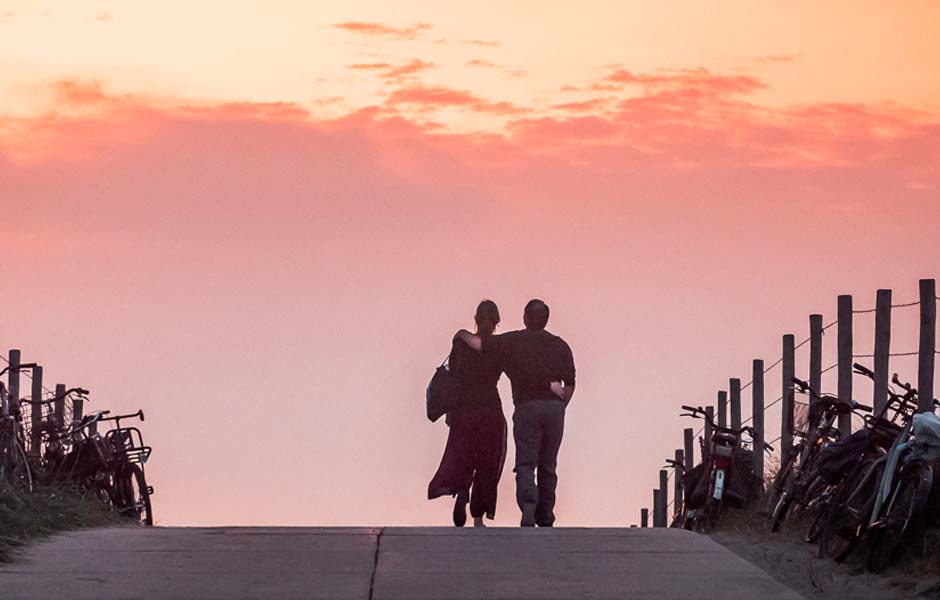 Stories from our couples

Remainly has helped thousands of couples improve their relationship.

You have saved our relationship

We are still together and have recommended Remainly to many of our friends. You have saved our relationship and we want to thank you for this. ❤️

Now we are in a better place

We did the first task and just by doing that and we improved our listening skills a lot and now we are in a better place!

We are very happy with what we have learned

We have used Remainly for two months now. We have had great use of this, and we are very happy with what we have learned from you, and we have gotten to know each other in a new way.

I can recommend the Destructive arguing pathway

Remainly has “forced us” into discussions and conversations and has clearly been helpful to our relationship.
If any couples I know get into a crisis, I can recommend this pathway, but without knowing the other pathways I think I can recommend them as well. Remainly was clearly worth the money.

Remainly was useful for us

It was very useful and gave us lots to think about from both sides.

We are enjoying your programme

We were really enjoying using your programme! It´s been very helpful to us so far

The Remainly app is really helping!

Hi, my wife and me are working on the Remainly app and it is really helping!

We are finding Remainly very useful and watch the videos again and again, so we can start getting back on track with our marriage.

Husband and wife from UK

We are very satisfied!

The videos are broken down into highly relevant, manageable sizes with clear themes. They are interesting and clear and are not at all patronising. The exercises to follow after each video are very effective.

Thanks for your help!

Thanks for your help! (and for what you do -it's so, so helpful)

They found Remainly and it has really helped

I have worked many years as a clinical psychologist at different public health offices. Today I met a couple that cannot praise Remainly highly enough. They were in a serious crisis and had to wait a few weeks before we could receive them. While they waited they found Remainly and it has really helped!

It has been a really positive experience!

We found the convience of being able to complete the tasks at a time that suited us really helpful. The topics we have covered so far have been really helpful. We have changed how we act, react and communicate with each other. It has been a really positive experience!

Valuable guidance in any loving relationship

Useful and valuable guidance in any loving relationship . Very competent psychologist and easy to navigate!

It feels very informative and accurate so far. It is definitely getting my husband and I to talk and identify certain issues.

I can absolutely recommend Remainly

We have been doing the, destructive arguing pathway for about 6 months, and we have used it extensively. It has opened our eyes to challenges we never would have solved without Remainly. I can absolutely recommend Remainly, and it was absolutely worth the money”

I love the service! It is excellent thank you!

High quality content and exercises which work but are not patronising

Thank you for a super couples therapy site. A great idea that basically all couples would benefit from doing together!

My husband watched the two videos (the first ones where one is for the unfaithful party and the other for the hurt party), he saw both several times and is like a changed person. His stubborness and closedness is something I have always liked, and that make me feel secure, for 34 years. But in this situation with an affair, it became fatal, he has just denied and avioded the whole thing for four months, to the degree that he has completely refused to talk about it.

After seeing the videos, he decided to put all the cards on the table, with dates and details (and, being honest that it had been physical, something he denied until he saw the videos).

He has shown himself to be the responsible human being that I love, I had wondered where he`d disappeared to for the past months. He also said that he was in complete shock after seeing the videos, and that he for the first time understood that it wasn’t me that (as usual) made a storm in a tea cup, but that this was serious. We will continue the path on Remainly. I just want to say that I am INCREDIBLY GRATEFUL for what you have done for us so far.

We have, and have had great use of Remainly, we feel better now, a closeness we haven’t had in a long time. Of course there are still rough patches, but now we have become confident enough to convey emotions and needs and talk us through problems/thoughts that pop up.

Thank you and best wishes!

Everything was spot on

I think EVERYTHING was spot on and very good!

The psychologist is lovely to listen to!

A speck of hope

I have a speck of hope now.

Have already recommended Remainly to others!

Remainly was of great use

Remainly was of great use to us when the crisis hit!

We are still a couple ❤️

Thought it was good

Especially usefull to regard differences in personality with curiosity and respect - in stead of as a minefield of conflicts.

Thank you for a fantastic site! Had lots of use for this! 🙌

We think this works very well!

Everybody should do this. We have been together for 16 years, but have learned so much about each other. Unfortunately we have to do the pathway about infidelity, but we get through this much because of Remainly. Feel like you are talking directly to us and we recognize ourselves in what you say. We have spent much time on this and have already been through a lot. We are very conscious of being loving towards each other, being intimate, kissing and touching. Even if that felt completely wrong at times in the beginning. But it becomes better and we speak so much better with each other now. I give Remainly dice throw six.

Useful information in the videos

I would like to give you some feedback. So far both me and my partner feel that this is both nice and useful. We speak well together when we work with it. Very useful  information in the videos.

We have received very good assistance and think that this was very educational and a pleasant way of doing it. Thank you.

We really benefit from this

We are very satisfied with the service so far. We feel that we really benefit from this and will continue all the way through.

Remainly has been of great help!

We feel that in comparison to seeing a couples therapist (we have done this also), this path has given us a conscious relationship to the problems and challenges we have had as a couple. And we have been better able to identify our problems and working with these with good guidance from videos and subsequent exercises. We are committed in another way, we have more time and it is better spent and we can do the exercises when it suits us. At the beginning of the path we made a deal about when to talk and for how long. We have been true to that through the whole path. The videos were good as introductions to the different exercises, and we got many good tips and advice. The path as a whole seems very well thought through - a thourough piece of work.

We think that we have had great benefit from using Remainly and will gladly recommend Remainly to others.

Remainly gave us good tools to start with and understand our reactions regarding the affair.

Especially, it was nice to me as the hurt party that my husband could better understand how my grief in this is.

Thank you for good help and now we use the tools we have received.

The service is very good!

The service is very good and we have had personal benefit from the steps we have taken. Regretfully, we haven’t had the energy to prioritize this and we have decided that we will make do with the tools we have received. ❤️

I think Remainly is completely fantastic!

We just had very little money and had to choose to take something away.

Remainly was clearly worth the money

If any couples get into a crisis, I can very well recommend the Infidelity path, even without knowing the other paths I can probably also recommend them in other circumstances.

Remainly is clearly worth the money.

Thought remainly worked well for me.

It was easier to start talking about difficult things. Now we have started regular therapy

Now we don't have to argue

I saw myself as completely open and flexible, but now I understand that I have great need for order and predictability, much more than she does. This explains alot and now we don’t have to argue about all the little, daily things!