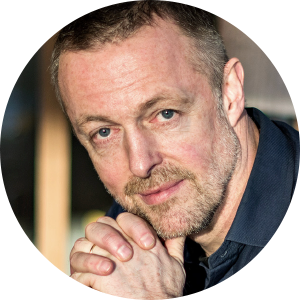 Remainly is an online relationship therapy service, responsible for helping hundreds of couples across the world. Starting in Norway, the site was launched in english in 2020. However, who is the figure behind Remainly’s success?

We spoke with Remainly’s founder and resident qualified couples psychologist, Andreas Løes Narum. Discover more about Andreas’ interests, the inspiration behind Remainly and the secret of a positive life!

A natural mediator and leader

Mediating has always been a natural path for Andreas. As the founder of Remainly, he also balances his face to face counselling business in Norway.

However, his work doesn’t stop there; he has another unique job too. Andreas explains, he does ‘something completely different. I studied Russian during my mandatory military service, and still travel for a week every odd year to old Soviet states, and count weapons systems as an interpreter.’

He continues ‘I really like being an interpreter, it is, in a way, the same as being a couples counsellor. You have to set the tone, understand both parties and make them feel ok.’ He has also worked with management groups where leadership, trust, predictability and the ability to regulate differences is also essential.

Andreas in his own time

You are probably curious to know what Andreas does in his own time.

Outside of his work, extreme sports attract his attention, and snowkiting is one of his favourites. After snowkiting for around 13 years, Andreas knows the risks, revealing ‘you need to be really careful, it’s very dangerous.’ Maybe that one is best left to Andreas!

And when Andreas isn’t snowkiting? You might catch him motorcycling in the beautiful Nordic wilderness in locations which can’t be revealed!

Although, when he isn’t making the most of the beauty Norway has to offer, we had to know… What is your favourite Rom-Com? He reveals he loves the beautiful story of 50 First Dates with Adam Sandler and Drew Barrymore. A Rom-Com classic!

A relationship psychologist for 15 years, Andreas’ interest in relationship counselling, and the eventual development of Remainly began when given the responsibility to work on Sweden and Norway’s biggest dating site.

‘Well, the start of it was I was asked to make a matching engine for a dating site. That was the start of it. They gave me a lavish budget and free reigns. So, I hired three students, and we worked together for six months and scoured the world for articles that were related to relationship satisfaction in some way or another. Then we made the matching model that is used by the biggest Swedish and Norwegian dating site.

On this site now there has been more than one million matches. I do believe I am the single individual in the Nordics that has caused the most pregnancies.’

The motive to develop Remainly came from Andreas’ desire to offer affordable and accessible counselling. He believes there is much education when it comes to being in a relationship.

‘The educational aspect of being a couples therapist becomes quite large. Pretty much every couple needs to learn the basic mechanisms of being in a relationship – because they’ve plainly had no role models, they haven´t been taught at school and parents don’t talk about it.’

He continues on the issues of affordability in comparison to face to face counselling sessions. ‘I wanted to try and reach more people and teach them some very simple techniques that are easy to do. I wanted everybody to learn and be a little bit happier as a result.’

The importance of practice

Being in a relationship requires a skillset that’s not that hard to learn really - you just need to know about it and then practice, Andreas explains.

Andreas compares it to learning another language, ‘You need to practice several times a week. At the start, you might be able to order two beers and then if you want to talk about anything else, you need to learn some grammar and some verbs. And you need to practice regularly. It’s not enough to do it only on New Year’s Eve.’

Andreas on Life and Relationships

To Andreas, everyone needs to enjoy life, and he believes a healthy relationship is intrinsic to our success.

‘Learning to work with yourself and your relationship is literally a life-prolonging experience.’ Research shows that relationship satisfaction is positively correlated with health and longevity.

His earlier experience working for Sweden and Norway’s most successful dating site revealed many positives to Andreas about the impact of healthy relationships.

He explains, ‘if you have a well-functioning relationship, pretty much everything is better for you.’

Research has revealed a long list of attractive things which come with a happy relationship, including good health and more pay.

The role of culture

Andreas believes a big part of relationship problems come from not having a receptive and communicative culture.

For example, in the UK, many people grow up without talking about relationships. We’re supposed to ‘keep calm and carry on’.

He believes this taboo and stigma around relationships, derived from the combination of both national and family culture, can make it difficult to talk about. You cannot expect anyone to feel ok bringing up issues with your partner if you've never brought up any issues anywhere before.

Andreas believes that seeking help as soon as possible is essential if considering relationship counselling.

When asked what the most challenging part about being a couples counsellor is, Andreas concludes ‘The most challenging is when you feel that you’re not able to help. Sometimes people seek help too late, and the relationship is just way too long gone.’

Andreas advises seeking help as early as possible in the relationship so that negative patterns aren’t set before it’s too late.

He reveals the oldest couple he has counselled finally came to therapy aged 76. Andreas remembers their regret of not doing it 30 or 40 years before, once they understood the simplicity of learning how to talk about the one particular issue they had been struggling with.

Many of us need to learn that talking is ok

The throws of love blindside us early on in the relationship and can create issues later down the line. Andreas explains couples need to ‘learn how to talk about individual differences and particularly about personality because that’s one of the things they’re blindsided by when they find each other.’

‘They don’t know how to talk about their partner’s, or their own, personality, and they will adapt their behaviour to a ridiculous degree. When the routine sets in, and when suddenly you can’t keep up with how orderly you were at the start, your partner will become really annoyed with you.’

And then before you know it, ‘One little irritation can spread its gloom to all areas of life.’

He explains that it is easier than we may think. He believes you can ‘Start by learning a few of words and sentences, and then you just need to practice using them until it feels safe to bring the issues up with your partner. You need to know that it is possible to talk about whatever you are frustrated about.’

How can Remainly help you?

Remainly is an online video-based service which helps to improve relationships. It can guide couples on how to discuss feelings as well as covering other relationship problems, including infidelity and destructive arguing.

We offer several pathways for you to choose from, teaching the necessary skills needed to promote a healthy relationship.

If you want to discover more about how couples therapy can help you, take a look at our article below. Alternatively, browse our website and find out how we can improve your relationship today!

-> Read more about our relationship paths 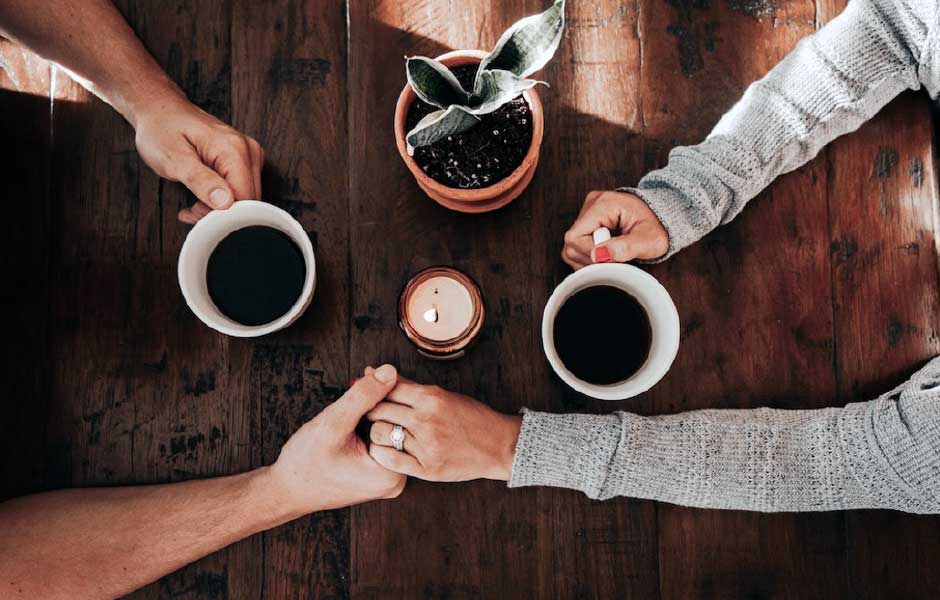 How can I get my partner to participate in couples therapy

Challenges arise in every relationship and overcoming them is made easier if you and your partner agree that couples therapy may be worth a try. Here’s how to approach the subject. 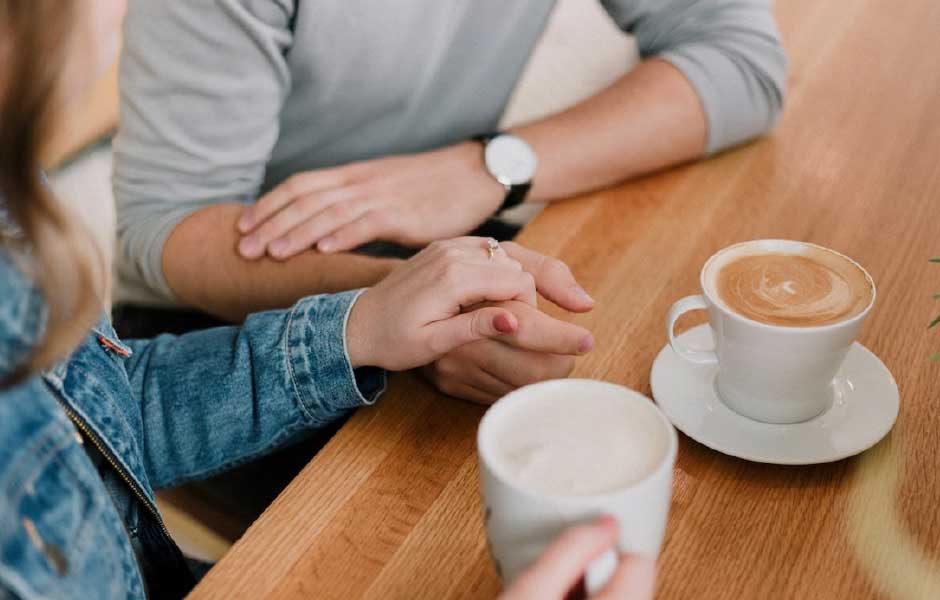 How to spot bad habits in a relationship

Bad habits in a relationship should ring alarm bells and both you and your partner must be able to hear them. 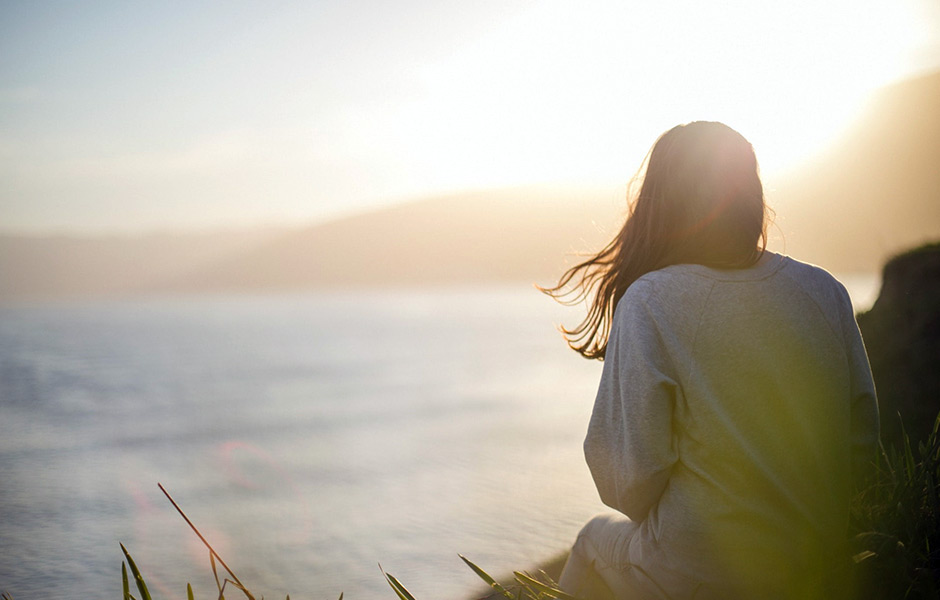 What to do in the days after discovering an affair?

The initial few days after the discovery of an affair will be a painful and confusing time. Here, we guide you through what you can do during the immediate aftermath of finding out your partner has been unfaithful.